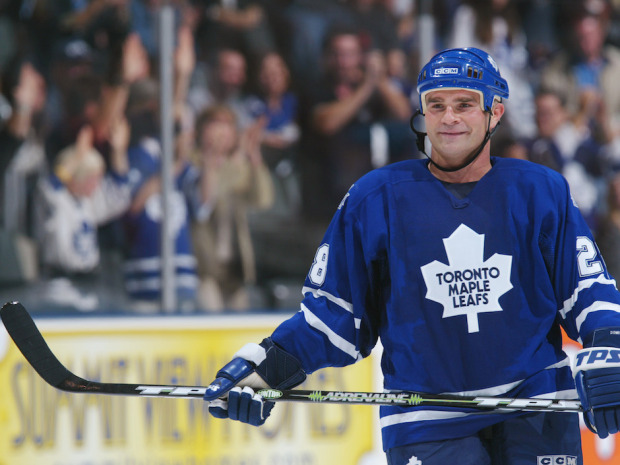 When it came time to put his words down on paper for all to read, Belle River’s Tie Domi approached the process in the same manner that he did every night he laced up his skates during his NHL career.

He was ready for a fight.

“I always had publishers coming at me wanting me to write a book about fighting and I always said, ‘No, no, no,’” Domi explained.

“I only wanted to do it on my terms.”

Domi, who dropped the gloves an NHL-record 271 times, didn’t want to write a book simply about his fights.

“Having the most fights in NHL history, I didn’t really talk about it,” Domi said. “I wasn’t really counting.

“I had the most fights for my teammates and that was part of my job, protecting my teammates. There’s no rear-view mirrors in hockey. It was a big part of my life, but it wasn’t my life.”

Talking about his fight, now Domi was up for that, because he thinks there’s parallels between what he was forced to deal with on his way up the ladder to the big leagues and what everyday folks face in their lives.

In fact, he devotes one chapter of his book just to those people who fight the good fight while struggling along in anonymity. “The life lessons that I talk about throughout the book are what I wanted to get across in a positive way.”

He relates his own struggles, from growing up as the son of immigrants to being viewed as too small (5-10, 213 pounds) to fill an enforcer’s role.

“I share a lot of different stories and hopefully it helps people in all walks of life,” Domi said. “I wanted to be the best regardless of my size and regardless of all the doubters out there.”

Domi isn’t at all ashamed of what he did on the ice. He’s proud to have been the guy who stood up for the other guys, whether it was in a hockey rink or on the playground as a youngster. And he’s equally proud of every one in his brethren who were ready, willing and able to protect the flock.

“I put every single guy that I fought in the book because they’re all part of it,” Domi said. “Those guys are part of the brotherhood. That’s why I wanted to make a positive book. Everybody always finds ways to make negatives about fighting. I was really determined to make this a positive message.

“The reason why I wanted to make a positive out of it was because all those guys that I fought, regardless of how many times, it’s the mental part that’s the message that I talk about with fighting, something I’d never talked about before.”

The only bouts he opts to discuss in detail are his epic tilts with Windsor’s Bob Probert, the reigning NHL heavyweight champ, and Joe Kocur, Probert’s Bruise Brother with the Detroit Red Wings is the only other tough guy to which he devotes significant time.

“The only fights I really talk about are the two with Bob Probert and the only guy I really talk about is Joe Kocur because I learned so much from Joey,” Domi said of their time as teammates with the New York Rangers. “The respect I have for those two guys is strong.”

Probert and Domi grew close in 2009 when the two were part of CBC’s Battle of the Blades.

“We spent a lot of time together,” Domi said. “I was very blessed to get to know him as a person and as a family guy. He was a real special guy. He was one big teddy bear.

“The stuff he shared with me were things that I will cherish for the rest of my life. There’s things that he said that were very nice, but I’ll keep that between him and I.”

It’s one of the few stories Domi declined to share. His book may not be about fighting, but it’s clear throughout the pages that Domi pulls no punches.