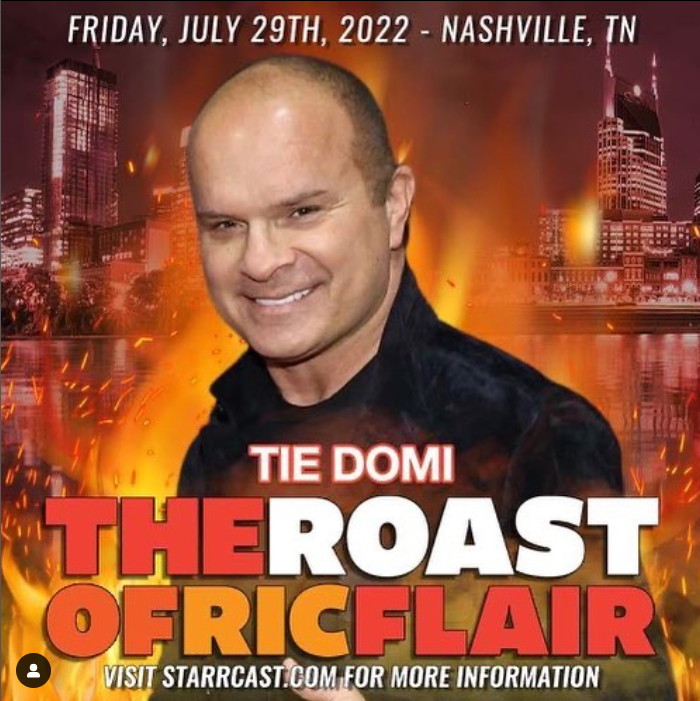 He’s one of the most well known players in hockey history. He set the record for the most fights in NHL history at 333 & he’s looking for one more… this time on The Roast stage.

@tie_domi is coming to #STARRCAST for The Roast of Ric Flair, The Nature Boy!

Join us in Nashville or watch LIVE & ON DEMAND on @fitetv!

Some guys just like to chuck knuckles, and one of the best to do so is Tie Domi.

Domi has 333 career NHL fights, more than anybody else who has played the game.

Do the math on this. Tie Domi had 3,515 career penalty minutes. END_OF_DOCUMENT_TOKEN_TO_BE_REPLACED Tie Domi, one of the most popular and beloved players in NHL history, will publish his memoir with Simon & Schuster Canada in Fall 2015. END_OF_DOCUMENT_TOKEN_TO_BE_REPLACED “Hey, Tie Domi, I’m officially challenging you,” Wahlberg, who co-produced and starred in the 2010 Oscar-nominated boxing flick The Fighter, told Domi when the tough-guy hockey player called him on his cellphone during an interview. END_OF_DOCUMENT_TOKEN_TO_BE_REPLACED The Belle River native will be inducted into the hall at the Caboto Club Oct. 17. END_OF_DOCUMENT_TOKEN_TO_BE_REPLACED Enforcers Tie Domi, Dave ‘Tiger’ Williams and Brad May will all be in the lineup when the Leafs take on the Detroit Red Wings Dec. 31 at Comerica Park. END_OF_DOCUMENT_TOKEN_TO_BE_REPLACED Domi told TSN Radio 1050 Thursday that he and Sundin have been asked to take part in the alumni game — the Leafs will take on the Detroit Red Wings –that will be held as part of the Winter Classic celebrations. The retired Leafs tough-guy said the two former teammates would likely play. END_OF_DOCUMENT_TOKEN_TO_BE_REPLACED

The group announced Wednesday includes three in the founders category and five in the athletes category, who will be inducted in the 32nd class at the Caboto Club Oct. 13. END_OF_DOCUMENT_TOKEN_TO_BE_REPLACED Domi, 42, shook his head and sighed a long sigh. END_OF_DOCUMENT_TOKEN_TO_BE_REPLACED